The Akita is a proud part of the working group. This pet dog has a strong, independent character, and is extremely committed to its family. Rated among the best watchdogs a person can have, the Akita will safeguard its members of the family no matter what, rendering it highly reserved around strangers and other animals.

History Of The Akita

The Akita breed of dog has its roots from Japan. Indeed, the breed’s origins can be located on ancient Japanese tombs, which demonstrate us that present day Akita is the consequence of concerted initiatives of the 19th century to reconstruct seven of Japan’s ancient breeds. The dogs utilized for these breeding attempts were primarily fighting dog breeds, some purebred and a few mixed.

Soon enough, Japanese breeders worked hard to distinguish most of the traits from all of these fighting dogs out of the Akita, specifically the pinto pattern, black mask, and the dog’s incredible size. However, American breeders were interested in these traits and in actual fact encouraged them. To preserve the original Akita, the Akita-inu Hozankai Society of Japan was formed in 1918. Approximately a decade later, in 1931, the Akita was proclaimed an official monument in Japan.

Probably the most known story of the Akita breed is regarding a dog named Hachiko. Hachiko had met his owner on a daily basis at the train station after work. The moment the owner died at work one afternoon, Hachiko continued to wait for him to return, at that very place, till the dog died – 9 years later!

The earliest Akita dog made its way to the United States in 1937. The legendary Helen Keller was the woman who introduced this Akita to America when she returned from Japan that year. When The Second World War was over, many Akita dogs also arrived to the U.S. with members of the armed forces when coming back home from battle. The AKC officially recognized the breed in 1972.

Care Requirements For The Akita

The Akita dog enjoys living alongside pet owners with an dynamic lifestyle. They require physical and mental exercising every day, if possible getting the chance to run long distances in a safe area or a moderate jog on the leash. As long as they’ve got plenty of exercise, Akita dogs remain well-mannered when in your own home.

These types of dogs present an uncommon tolerance for cold weather and can live outside the house in colder climates (they don’t stand up well in hot temperatures). But as with any house pets, they are most happy when sleeping inside with the family during the night. Dog grooming requirements require a complete brushing about once weekly to remove dead hair, especially during shedding season. 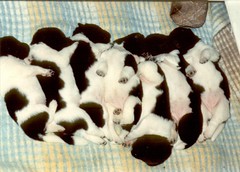